You never imagine you’ll be hanging your food up a tree so that a bear can’t reach it at night while you sleep in your tent 100m away. These things creep up on you and by the time you have to consider them they have become normal. I lie in my tent equipped with a knife and a stick to ward off stray dogs or wolves and pots and pans to scare off any bears. 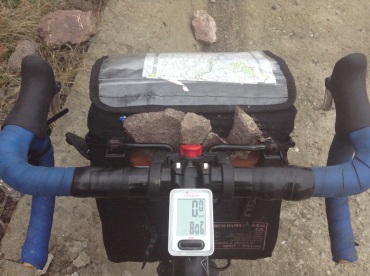 I am in Romania, on the southern fringe of the Carpathian Mountains. Romania has the largest population of bears in Europe, some 5000. It also has tens of thousands of stray dogs littering the towns. Dogs that chase you trying to nip the pedals or the bags on the back of your bike. By the second day I was armed with a stick. By the third I had a selection of sharp rocks ready for the onslaught. In all of Eastern Europe dogs greet entrance in to a town by barking manically and non stop. In Hungary I had set up my tent and was ready to sleep when a dog started barking from within a factory I was camped next to. It was so loud I decided to pick up the whole tent with everything in it, sleeping bag and all, and migrate to another field attaching my lolling bundle on my rack and pushing the bike down the dark lane, grappling each end of its drooping sides in the dead of night. 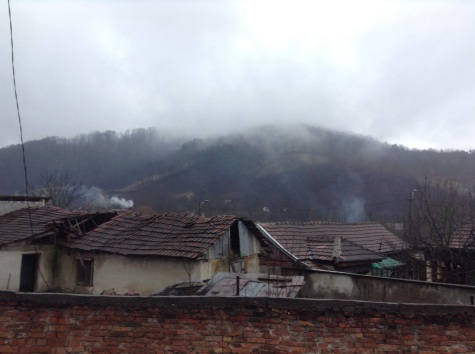 In Romania the difference is that these dogs aren’t on a lead or locked up and they charge at you getting in your way and forcing you in to the oncoming traffic lane. Road rage has become road fury, lobbing stones at them as I pass. I couldn’t find any pepper spray which was recommended by many. People die from attacks by strays and I didn’t want to be one of them, on the floor after crashing in to a German Shepard, armed only with a thin layer of cycling jersey.

The real danger though were the bears. The winter was nearing an end and all of the bear attacks I had read about had happened in Spring or Autumn when bears were desperate for food; and at dusk to single villagers herding animals.

So what a day. My map said 19km in the final stretch, the roads signs said 27! Then no head torch. The critical nature of the situation didn’t hit me until I saw some poo on the road that wasn’t dog or rabbit. It was something bigger. Was it a bear?

And now dusk was coming on quick and I still had 26km to go. The fog was deep, I could see bear gates erected on each of the tracks leading into the forest and hear echoing animal noises from the depths. All day I had seen bear warnings on the entrance of these tracks.

As my bear thoughts were being stirred round by the wooden spoon of my imagination the fog sits on the road, and I can’t see well. I turn one of the many bends in this stretch of mountains and see a big brown shape ahead moving slowly up the hill. At the same moment I hear a ‘rrrrr’. Everything stops. My heart. The pedals. It was a bear, I was sure of it, the noise confirmed and I nearly need a new set of cycling shorts. My mouth drops to the handlebars and I just stare through the fog, contemplating turning right there and heading back to the village I had come through a half hour back. I peer as best I can and then a noise sets me straight. The clip clop of horses hooves. Holy frickin’ Jesus and all his children thank you for that! A horse and cart… No bear after all.

I wave a big ‘salut’ to the driver as I pass and continue, bear thoughts subsided marginally. Now my problem is the fact that I can’t see through the fog, my brakes are failing and I will do anything not to stop, including neglect fixing my brakes until tomorrow.

As soon as darkness turned it arrived quickly. I could not see more than 5 metres ahead and my braking distance was probably 50 metres, the wet had rendered them ineffective and I was using my shoe to stop at the corners on the downhill sections. Uphill I was worried for bears. Downhill I was worried I’d go straight over the precipice, something only a few metres from my side. All I could do was follow the white line in the centre of the road. Luckily the road is deserted, but an accident out here now and I might find my newly emerged thigh muscles being tucked in to by an eager brown beast. Frightened was not the word. This time I was not just treading thinly on the line between brave and crazy.

Romania is the wildest country I’ve been through and when I crossed the river in to Serbia, the next country on my trip, the image of the town and countryside was civilised: a family walked a poodle on a clearly-defined pavement. Somehow I felt this would never happen in Romania. The towns had a grittiness that I’ve not seen elsewhere in Europe: piles of rubble litter the roadsides, open sewers and rubbish line picturesque mountain scenery. But the Romanians were charming and friendly. I waved a ‘salut’ everywhere I went and got a smile back in every shape and size.

As I cycled along the Danube in the early hours an elderly man in worn clothes spread his arms as if to ask ‘why?’ I just pointed forwards and said China, his baffled smile opened wider and I held out my hand for a handshake which he slowly grasped in his shock. On another occasion I drank a morning coffee in the bar of a remote village, a walking stick-holding gent opened the door and immediately held my hand with both of his, beaming a toothless smile and saying a few phrases I would not understand, but the sentiment was clear. I raced down a hillside and saw a tractor pulling a trailer sitting two men, the driver was passing over bumps in the grass to ensure his friends in the back would feel the wobble; a man dressed in full camouflage herded goats carrying a stick, he nods as do I. 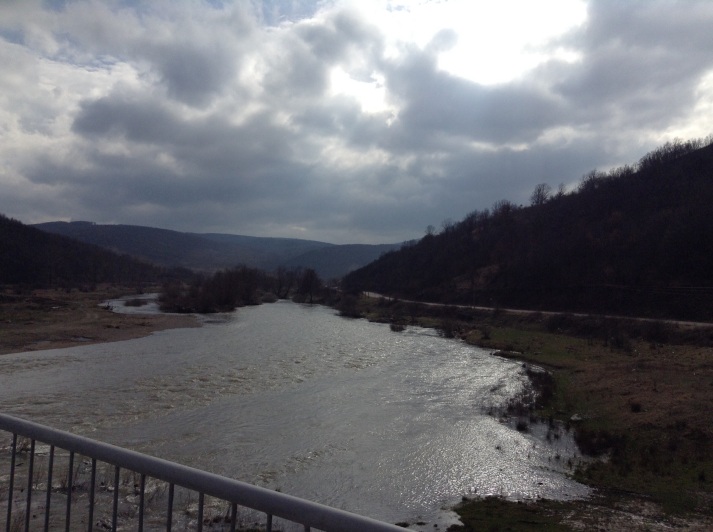 The roads here are lined with memorials dedicated to those who have lost their lives. They show photographs of the victims, often smiling with relatives and flowers decorate these small plaques. They serve as poignant reminders of the road risks and lay an emotional weight on an otherwise dirty and grey piece of tarmac.

Crazy and wild, Romania demanded your full attention. And as I descended my last mountain reaching the Danube I felt a surge of excitement and relief, the river I had seen before on this trip would take me all the way in to Bulgaria. The familiarity of it was like seeing an old friend. I felt grateful to get through Romania alive, for it was a country which made you feel exactly that.

One thought on “Alert in Romania”